Crazy About Pickleball: How to Play the Game 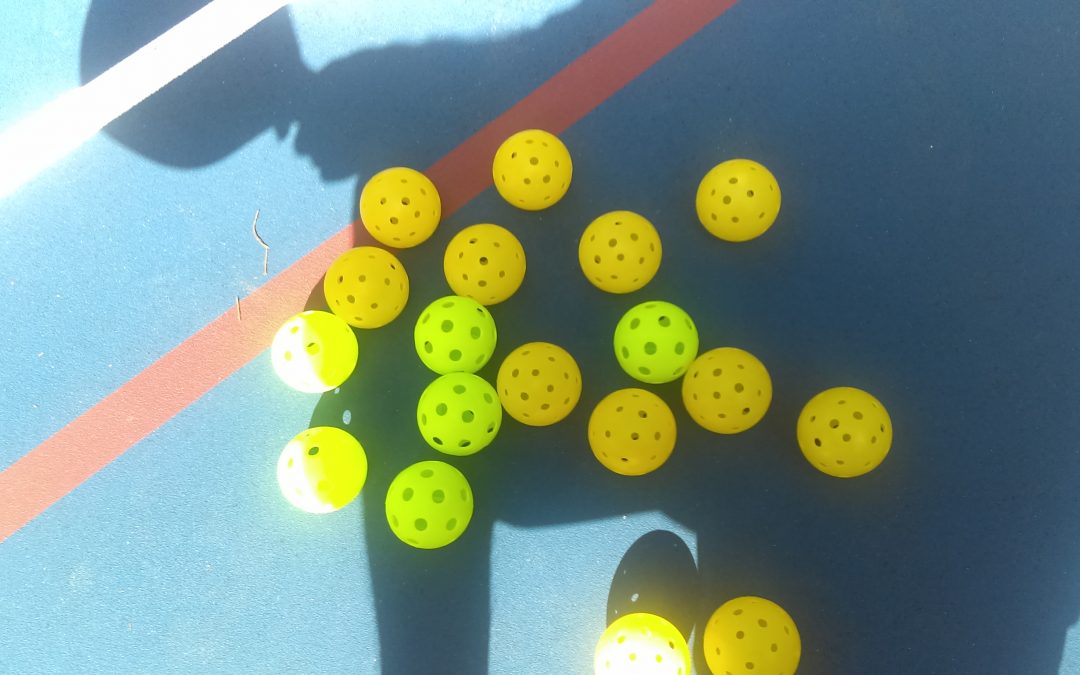 The basics of Pickleball combine the general rules of tennis and badminton with a dash of racquetball and a sprinkle of ping pong. You play with 2 to 4 players (more often 4) on a court much like a tennis court, though usually with a slightly smaller net. Using a polymer ball and wooden paddles, players hit a ball over the net.

How to Play Pickleball

The court is divided into a few different zones. A rectangle shape directly in front of both sides of the net is a non-volley zone commonly called the kitchen. Behind the kitchen are two service courts divided by the centerline.

Points can only be scored by the serving team. Should the other team win the volley, they win the serve, but no points. Games are usually played to 11 points but can be played to 15 or 21. Either way, the winning team must win by at least 2 points.

There are a few variations to the game, especially when playing singles versus doubles.  Check
out this simple video to see the rules explained in action.

Why Has it Become Such a Sensation?

You move around a lot. Josh Jenkins plays in professional pickleball tournaments around the country. In an NBC News article, he says, “I wear my fitness tracker when I play and after two hours, I’ve moved the equivalent of four miles of walking.”

It doesn’t require specialist gear to play. You won’t need to spend a lot to enjoy the game. All you need is a ball, a couple of paddles, and access to a court.

Games are quick. Many people love the fast-paced gameplay. It’s a great way to get in some exercise, and you can play as much or as little as you want, whenever you want.

Anyone can play. It’s popular among seniors but is also gaining traction on college campuses. All ages from kids to adults enjoy playing. It’s a very versatile sport and promotes hand-eye coordination.